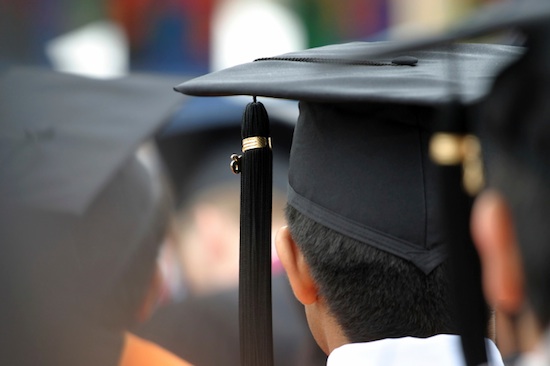 Washington Monthly has been rating the nation’s colleges for years. This year, they took a departure from the norm and decided to provide a list of “America’s Worst Colleges”. They used four criteria in ranking the schools: high tuition requiring high debt, the graduation rate, high student debt ratios, and percentage of minority and low-income students that need to borrow more for their education.

Of course this type of ranking is controversial. But parents especially want to know if the college ROI (return on investment) is worth the cost they pay for the education. Hearing these concerns, the Obama administration has asked the U.S. Department of Education to come up with a system to evaluate private and public institutions that receive federal funding. This has put higher education on notice, with a response that rating the colleges based on metrics (tuition levels, student borrowing, default loan rates, graduation rates, and earning potential) is unfair. Parents and students might disagree when they are paying high tuition and borrowing more than they can afford to repay.

You might think that this list is entirely made up of private for-profit colleges. But that’s where you would be wrong. On the list are community colleges with a rock-bottom graduation rate, private colleges with shaky finances, and, of course, shady for-profit institutions.

According to Washington Monthly, “One-fourth of the colleges in Ranking #1 are in Illinois, but they also include colleges across the country, from California to Massachusetts and Florida to Washington. However, there’s little diversity in terms of college type. The list features eleven private for-profit colleges and nine private non-profit institutions. No public universities are represented.”

What is the colleges’ response?

Ferrum College in southern Virginia made the list. It’s a small private liberal arts college that accepts over 90 percent of the students who apply every year. But barely half of them ever return after freshman year. Students at Ferrum borrow more, default on their student loans and are less likely to graduate.

Ferrum College, in a response to NPR, said, “we have decided to take the high road and not respond to the magazine’s rankings”. It appears the other colleges on the list have chosen to do the same—none of have responded to their rankings.

What methodology did they use?

Washington Monthly examined 1,700 four-year colleges and universities and used it to determine the 20 worst colleges in America. In order to define a bad college, they used a simple method: a college that charges students large amounts of money, probably financed by debt they cannot afford, to receive an education so terrible that most students drop out before graduation. If you translate that methodology used to rank the “worst”colleges, it means they have a high net price, high average student debt, a high student loan default rate, and a low graduation rate.

For example, students should avoid the New England Institute of Art, a private for-profit college, where the typical net price is $29,700, median debt is $30,600, 16 percent of borrowers default on their loans, and just 36 percent of students graduate.

As with the “best colleges”lists and college rankings, you should use this list to take a deeper look at the colleges, especially if you are considering applying to them. The “best colleges”lists gives parents and students the impression that all U.S. institutions of higher education must be of similar quality. Nothing could be further from the truth. These lists reinforce this assumption and give the “worst colleges”the ability to stay in the shadows with little attention. Students who have the misfortune to enroll at these colleges expect a quality education, but are faced with the stark reality that the college they chose might not have been the best choice. This "America’s Worst Colleges" list shines the light on these colleges who have been kept out of the ratings but ridden on the best colleges’coat tails.

Parents and students who rely solely on college rankings to make a decision are not looking at the complete picture. You should use those rankings for fact gathering, but you should also look beyond the rankings. However, stay away from those colleges with bad ROI. You can use Payscale’s 2015 College Salary Report to research colleges based on majors that pay you back and represent a good return of investment. This is a major investment and should be treated as such.