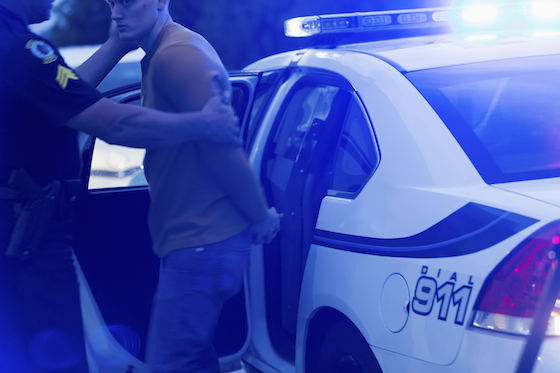 A jury found former NFL Patriot Aaron Hernandez guilty of murder yesterday and he was sentenced to life in prison, just three miles from Gillette Stadium where his football skills earned him millions of dollars and thousands of fans, both young and old.

Hernandez, originally from Bristol, Conn., was a decorated player at the University of Florida before being drafted by the Patriots in the fourth round of the 2010 NFL draft. He played three seasons as a tight end, serving as one of quarterback Tom Brady's preferred targets and catching a touchdown pass in Super Bowl XLVI. In 2012, the Patriots rewarded him with a $40 million contract, only a portion of which he eventually earned before being arrested for murder.

Odin Lloyd was found shot to death in the early morning hours of June 17, 2013, after Hernandez and two co-conspirators picked up the 27-year-old at his Boston home, and then proceeded to an undeveloped piece of land behind an industrial park in North Attleboro – just a few minutes from Hernandez's home. It was the perfect spot to commit murder: dark, out of the way, with no witnesses other than the killers. Prosecutors believe that Lloyd disrespected Hernandez, prompting the cold-blooded planning and ultimate execution of the crime.

According to Hernandez’s home security footage, the killers arrived at his home minutes after the murder carrying what was believed to be the murder weapon. Later that same day the men lounged around the home and the pool, drinking smoothies made by Hernandez’s fiancé; exhibiting no remorse or concern for what had happened.

How are the fans responding?

After the verdict, fans were interviewed in the Foxborough, Massachusetts area by a local news station:

Grade school student Jack Murphy said Wednesday he thought Hernandez could do no wrong. "I was a really, really big fan. My friend had an Aaron Hernandez signed football, and I thought it was the coolest thing ever," Murphy said. "I didn't believe it at first. But I watched the facts, and it seems like he did it," Murphy said.

Teenager Justin Willette struggled with accepting that a player he admired was no good. "I'm disappointed in him. You know, he had such a high upside. He was doing so well when it happened. I don't know why he would do that," Willette said.

Michael Carr of Mansfield said it isn't easy to figure out who is worthy of respect. "I saw him on TV. He appeared to be a straight up guy. And I can remember when it happened, I was in disbelief. I didn't think he would have done this, but, it's a shame," Carr said.

Back in the spring of 1993, basketball superstar Charles Barkley created a stir when he starred in a Nike television ad. Barkley made it clear that the role of athletes was simply to perform on the court or field of play. He concluded that he had no moral obligations to be a role model for young people. Barkley is quoted in the controversial spot as saying, “I am not a role model. Parents should be role models. Just because I can dunk a basketball, doesn’t mean I should raise your kids.”

At the time, many of his fellow athletes disagreed with him. But the headlines have been riddled with professional athlete scandals lately, culminating with the Hernandez murder charge and subsequent guilty verdict.

In a 2013 interview with Extra’s Maria Menounos, the topic of role models entered into the conversation and Menounos stated that Hernandez was a role model for the Hispanic community. Hernandez answered, “I just try to be a role model. And when I see Hispanics who look up to me, I try to lead them in the right direction, and hopefully it gives a lot of hispanics out there the drive to be successful.”

Athletes may have money, fame and take up a significant amount of screen time—but that doesn’t mean anyone should put any faith in them to be role models outside of the arena or stadium. Athletes should be admired for their work on the field, and nothing else. If you are looking for moral guidance from a professional athlete, you will be sadly disappointed.