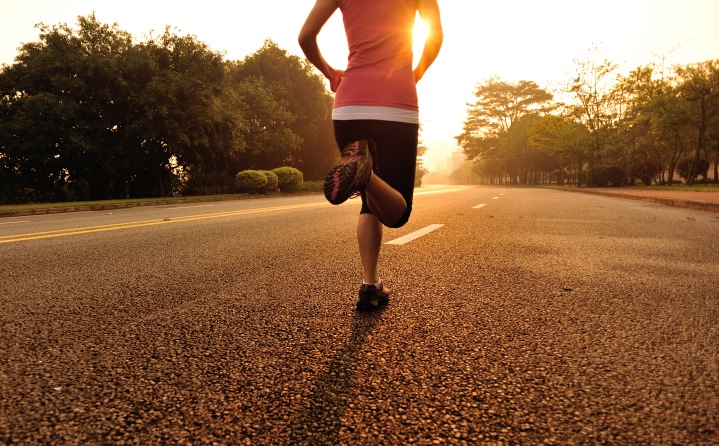 January 1st-15th, gyms around the country are packed. Eager, sweaty, “resolutionaries” have made grandiose mental pacts to turn their lives around.

The elliptical machines are pumped hard as the waiting list fills. The wheels of the stationary bikes spin wildly day by day. Dumbbells are scattered about chaotically as new exercisers swoop in and attempt to use them effectively.

The bustling busy bodies of the 1st to the 15th dissipate and the gym feels calm again. The remaining people, the regulars who stuck with it from January 16th to December 31st of the previous year, nod to the other familiar faces as they head to their equipment.

A few new faces remain and join the regulars, but only a few. These rare people are the exception. They are the ones who are able to stick with their resolutions. Several of them know something that their peers did not.

Research reveals that motivation is a first step to success, but it is not enough. Most people who succeed are doing something different from the masses: they have a plan.

An article published in the British Journal of Health Psychology[1] suggests that having a plan is so powerful that it can double or triple your chances of success.

The researchers measured the frequency that people exercised during a two-week period. They began by splitting off 248 adults into three separate groups as follows.

These participants were asked to track their exercise frequency in the coming two weeks.

Each person was given a pamphlet on how exercise can reduce the risk of heart disease and was told, “Most young adults who have stuck to a regular exercise program have found it to be very effective in reducing their chances of developing coronary heart disease.”

The researchers’ goal was to motivate the group to exercise regularly.

This group was put through identical protocols to Group 1 to ensure that the two groups were equally motivated.

Additionally, however, Group 2 participants were asked to explicitly write their intention to exercise by completing the following statement:

“During the next week, I will partake in at least 20 minutes of vigorous exercise on [DAY] at [TIME OF DAY] at/in [PLACE].”

These participants were asked to track their exercise frequency in the coming two weeks.

The researchers took no additional action to try to motivate this group and before leaving, each person was asked to read the first three paragraphs of an unrelated novel.

In this group, 35% exercised at least once per week.

In this group, 91% exercised at least once per week.

In this group, 38% exercised at least once per week.

The participants in Group 2, the Intention Group that wrote down the exact exercise plan, were more than twice as likely to follow through with their exercise!

This result is no isolated incident. Numerous other studies suggest the same result. Writing down when and where an activity will be performed increased follow-through in studies related to performing self breast-examinations, taking vitamins, physical activity after surgery and others.

At the language teaching company that I run, Language Bird, we apply the same principle. One of the biggest challenges of learning a second language, or any skill, is staying consistent. For that reason we put our students on weekly schedules for their private lessons. If we were to have them learn whenever was convenient, they would be much less consistent!

This is also why having a set class schedule in high school is so important. The written schedule keeps most everybody consistent.

Applying the Research to Your Own Success

Now you know exactly how to be consistent and successful! What are your resolutions? If not resolutions, what are your current goals? Grab a piece of paper or open a document on your computer or device and take two minutes to write your goals.

If you didn’t take those two minutes, then go back and do it for real.

Now, we are going to take step number two, which will be absolutely essential in your success. Write this sentence:

During the next month, I will study my Spanish notes from class on

During the next month, I will exercise on

Don’t overwhelm yourself at first. Start small and keep it realistic while you build the habit.

After the first month, revise the document as necessary.

Are you feeling resistance to doing this? Perhaps you skipped it? Red flag! This exercise only takes ninety seconds and will be tremendous in supporting your success. If you’re hesitant to do it, then it’s all the more likely that you need to do it!

Separate yourself from the masses and be that person who sticks to their goals and achieves them.