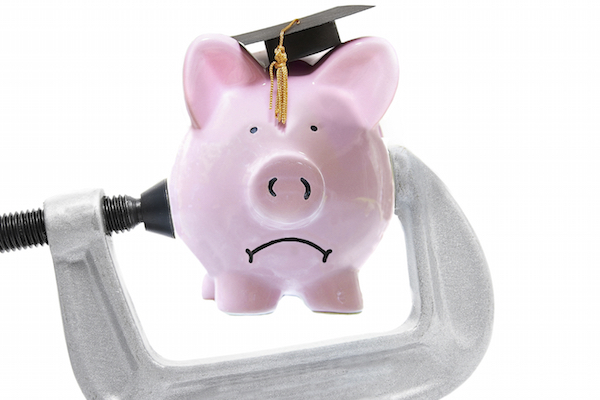 5 Reasons Why College Tuition is SO Darn High

There is one thing you can be sure of in life: College tuition will rise every year. Prices rise and fall all around us, but tuition never seems to go down.

Using the latest U.S. Department of Education data, from the 2003 to 2013 academic years, prices for undergraduate tuition, room, and board at public institutions rose 39 percent, and prices at private nonprofit institutions rose 27 percent, after adjustment for inflation.

According to Labor Department statistics, that is nearly twice as fast as growth in medical care. Tuition prices are still growing faster than household incomes. Even more disturbing, the annual cost of attending a private college can easily exceed the annual salaries that graduates earn during their first few years of work.

Here’s why costs are going up so much:

Inflation, unfortunately, is a fact of life. But it’s clear from the statistics that college tuition is rising at a much higher rate. College administrators claim that there are numerous reasons for these huge increases.

David Hodge, president of Miami University of Ohio, attempted to explain in an interview with U.S. News. He pointed out that parents and students require more from a college today: increased security, accommodations for physical and emotional disabilities, career services and modern residence halls, fitness centers and food services. Meanwhile, insurance premiums for colleges have risen due to terrorist issues and active shooter concerns.

State budget cuts and declines in philanthropy and endowments help push the cost of college tuition up. As state and federal governments cut funding to these institutions, colleges have to make up for that lost income somewhere. The easy way to recover those funds is to pass it on to the students.

Universities are in competition with one another because having the best students allows them to raise their prices. Higher rankings lead to more applications, allowing colleges to be more selective; as a result, the quality of students goes up. However, this tends to increase financial-aid expenditures in order to compete with other elite universities for top students. Also, costs increase if the university spends more per student for education and tries to maintain a low student-to-faculty ratio.

Any slippage in the rankings is extremely costly to the institution. In the educational marketplace, the costs to maintain these rankings will be passed on to the students in increased tuition.

Everyone is familiar with the law of supply and demand: demand drives up prices. More students than ever before are seeing the value of a college degree. This allows colleges to be aggressive in their pricing. Every year, most colleges turn hundreds of students away because there are plenty of students willing to pay for that coveted education. They don’t worry about scaring students off with high prices because we all know that the more something is valued, the more we want it. This is evidenced in the market by designer items. They may be overpriced, but consumers clamor to own them based on their brand identity. Parents and students do the same with high-priced universities. This demand is welcomed by schools since it allows them to increase tuition.

There has been a debate recently about the value of tenure and how it inflates tuition costs. Very simply, tenure means salary increases and drives up the cost. Also, with tenure come perks like sabbaticals which can be quite costly when colleges pay professor salaries while paying for adjunct professors to take their place.

Perhaps eventually the bubble will burst and when families can’t pay, the demand will decrease. When families are unable or unwilling to pay, colleges will be forced to reduce their prices. If you’re a parent of a college-bound teen, rising tuition should force you and your student to evaluate the benefits of each perspective college financially and make your decision accordingly.