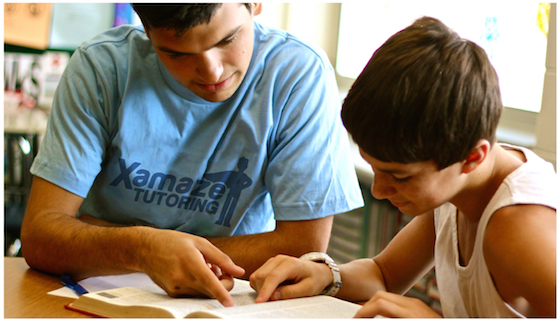 For most kids, academics are the furthest things from their mind over the summer, which is why it’s the job of the parents to put their best interests forward. While you might be tempted to let your child have some downtime, the truth is that during the summer there is plenty of time to go around. They can have their relaxing break and prepare for the upcoming school year at the same time.

Here are some reasons why education should still be a priority during the summer.

Studies have shown that students lose roughly half of what they learned in the previous school year over the course of a summer. This translates into the first weeks of the new school year being used for review rather than for making progress. And if the student was struggling to begin with, they’ve just put themselves behind by another six months. In that case, the summer can be used to catch up rather than fall behind.

Say what you will about students, but they are creatures of habit. That’s what happens when your life is organized with a series of bells. Students get lazy over the summer not because they’re worn out from nine months of intellectual pursuits, but because they don’t know what to do with their time without that structure. Staying active academically can bring some of that structure back.

Studies have shown that thinking actually does burn calories and can help exhaust someone similarly to the effects exercise has on the body. Exercise is still beneficial in many ways, but it turns out that the brain is the body’s biggest consumer of resources compared to its size. When students stay up late and sleep until noon over the summer, it’s much harder to get them back into the school schedule come August.

Tutoring over the summer doesn’t necessarily have to be about a student’s shortcomings. It can also be used to prepare a child for the upcoming school year. Maybe they can get a head start on learning a language or preparing for an entrance exam like the SAT or ACT. Maybe they can even learn skills in a course that their school doesn’t even offer, like software engineering.