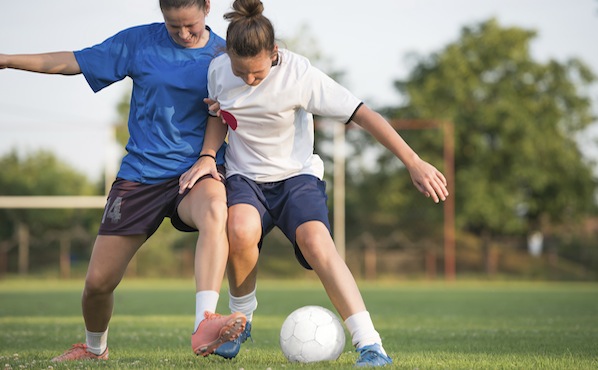 The World Cup victory of the United States women's soccer team has been heralded throughout the world and the players are being saluted coast to coast. Everyone loves a winner, especially when it comes wrapped in red, white and blue.

But now what? The harsh reality is the afterglow will wane and these women will fade from the sporting consciousness, not likely to reappear until next summer’s Olympics in Brazil.

So what lessons should our daughters (and sons) take from this team?

1.These were athletes – not female athletes.

These players were all about grit and skill. The enduring emotional image will be Carri Lloyd’s remarkable three-goal trick in the first 16 minutes of the final ­- not a magazine cover of 1999 hero Brandi Chastain peeling off her jersey to reveal a sports bra and a six-pack of admirable abs. That’s progress.

The final game against Japan attracted the highest television ratings ever for a soccer match in this country - men or women - and the team and its quest warranted front-page headlines. It wasn’t that long ago when media coverage of women’s sports was patronizing, if it was published at all. Now there are plenty of role models for girls wanting to be like Serena Williams, Danica Patrick, Lindsey Vonn or the University of Connecticut women’s basketball team. That’s more progress.

The U.S. federation was awarded $2 million for its women’s win. Germany, which won the men’s World Cup last year, received $35 million. Men’s soccer in the U.S is well established with Major League Soccer attendance on the rise and the league planning to expand. Two women's pro leagues have failed, although they are trying again with the current National Women’s Soccer League. The best American men earn millions, but the women a fraction. Some players in the NWSL even have to live with host families to reduce expenses.

However, in the end, this newest collection of champions is a shining example of the success of the 1972 Title IX legislation eliminating gender discrimination in educational institutions that receive federal financial aid. It required schools to spend equally on men’s and women’s athletics and colleges have now begun offering equivalent scholarships. The 2015 soccer women are products of this progress.

The battle for respect and equality will be ongoing, but there is a lot to celebrate. The once derisive “She plays like a girl” is a now a good thing.