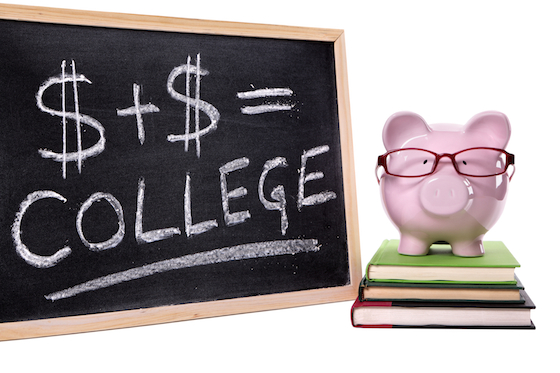 Particular adjectives frequently accompany sound bites and headlines on the topic of student loan debt—“crippling,” “burdensome,” and “overwhelming,” just to name a few. Student loan debt is a “crisis,” people are drowning in it, and it is seen as a threat to the economy at large. It is hard not to come away with an appropriate level of concern regarding student loan debt, yet, in admissions cycle after admissions cycle, swarms of college applicants continue to make decisions that set themselves up to be just as financially crippled, burdened, and overwhelmed in adulthood as the headlines forewarned. The first question is why?

Some blame lies in the pervasive belief that a student should strive to attend the most prestigious school to which they are accepted. Such a narrow mindset takes “value” and how one’s undergraduate experience fits into “the larger picture” completely out of the equation, leading many to believe that paying exorbitant tuition costs, while something to grumble about, is ultimately fair —an unpleasant but unavoidable reality.

Another key factor is that teenagers, even exceptionally bright examples of the lot, are notorious for concluding that known dangers will never personally affect them (i.e. I am aware that drunk driving can be deadly, but I know I’ll be fine). Not surprisingly this same faulty bravado seems to enter into decisions around financing higher education.

In the last thirty years, tuition prices are up 538%, aggregate student loan debt is now in the trillions, and the average debt load is over $30,000. But we acknowledge that numbers, even numbers this staggering, can seem distant and abstract. Thus, we aim to present the very real and tangible ways in which student loan debt can impact your life, in an attempt to impart that decisions made at 18 can have significant consequences at 25, 30, and beyond.

A recent survey found that only 13% of workers worldwide actually enjoy their jobs—talk about a depressing statistic. No one’s goal is to join the 87% for whom work leaves something to be desired, but being boxed in by cumbersome student loans makes you far more likely to be part of this unsatisfied cohort. While there are plenty of people satisfied and fulfilled by their careers in lucrative professions, there are also many who despise their jobs but are stuck in a type of indentured servitude, working long, stressful hours just to meet their massive monthly student loan payments.

Those carrying student loan debt are less likely to choose careers in the non-profit or public interest sector. To a teenager, this might elicit a response along the lines of, “Big deal, I’ll just have to take a job where I have to make more money.” However, as this same individual progresses through college they may realize that their true passion lies in a field like social work, teaching, or public service.

Unfortunately, due to loans already accrued, a switch into a lesser-paying field may prove untenable. In a world where workers switch jobs an average of every 4.4 years, this desire or need to shift careers on a dime can likewise be hampered by the burden of debt. Student loan debt is simply the number one enemy of career flexibility.

Individuals with high levels of student loan debt are also statistically unlikely to start their own businesses. Acquiring a small business loan typically requires being relatively debt-free. Even if indebted graduates could get financing to start their business, those needing to make monthly payments cannot afford to endure the growing pains inevitable with any independent venture. Eliminating this option from consideration is a shame as a recent survey indicated that 55% of small business owners are happy with their jobs—a pretty big jump over 13%.

The only debt-burden larger than student loans that most people will take on in their lives is that of a mortgage. In recent years, thirty-year-olds with student loan debts have become less likely to take on mortgages than their debt-free counterparts—some by choice, others solely because they cannot get one. Those with high levels of debt are also more likely to be refused more simple lines of credit such as credit cards or car loans.

Debt can have other powerful effects on your available choices in adulthood that would have seemed eons away at 18. Holders of student loan debt are far more likely to delay marriage for financial reasons than those without. One survey found that 23% of graduates choose to put off having kids until their student loans are paid off.

It’s important to realize that a college degree, while necessary, is no longer sufficient for entry into many of the most sought after professions. If you plan on getting a graduate degree to enter the profession of your dreams, explore that cost before committing to taking massive undergraduate loans.

The average cost of attending a top MBA program is over $111,000, and that doesn’t even account for living expenses and the opportunity-cost of forgoing two years worth of paychecks. The average law degree will also run you a total in the six-figures. The cheapest medical school will still cost over $200,000.

Many graduate degrees that allow entry into lower-paying jobs also cost a good deal of money. Obtaining a Master of Fine Arts degree will more than likely cost two to three times your future annual salary. If your passion lies in the arts, let no one persuade you from the plan, but you need to have exactly that—a plan. Racking up massive undergraduate debt and then taking on additional graduate debt for the purposes of entering a low-paying job is a set-up for disaster, or at the very least, living with your parents until you are 45 (which likely also qualifies as a disaster).

Focus on the Bigger Picture

Author Stephen Covey, in his The Seven Habits of Highly Effective People, suggests that it is wise to “Begin with end in mind.” In other words, if as a high school senior, your dream is to one day pursue a PhD in Marine Biology, you would plan accordingly, working backward to ensure that your ducks are in a row (a pun if we’re talking about sea ducks). Where do most marine biologists live? Where are they employed? How much do they make? What are the best PhD programs in the field? What do those programs look for in terms of undergraduate candidates? What institutions did these candidates attend and what did they study? Which of these colleges can I afford? Is prestige a big factor in this field? How much would I owe in student loans if I attend my first choice and how might that influence the other future steps I’ve outlined above?

Of course, not every high school senior can map out their entire young adulthood from soup to nuts. Reality is, most cannot, and that’s absolutely okay. Even if you will be entering college with an “undecided” label, there are still financial realities that can be projected into the future and considered. You may want to become a banker; you may want to open a bakery. Either way, it would certainly be nice to have the choice.